Having a diverse workforce is key to success. According to the Chartered Institute for Personnel and Development:

"Everyone is different and unless employers take diversity seriously, they will fail to recruit, retain and engage the commitment of the talent needed to sustain and improve performance"

Having a diverse range of people with a wide variety of backgrounds in your organisation can:

Diversity and inclusion, as it is often known as, is no longer a box ticking exercise– it is now part of the fabric of how many companies work. According to LinkedIn’s Global Recruiting Trends 2018 report, 78% of companies prioritise diversity to improve culture and 62% do so to boost financial performance. Driving the diversity trend is change, such as changing demographics, the continued rise of women in the workplace and changes in culture. Work places are now realising that they need to be more inclusive to keep a diverse workforce.

There is not a definitive definition of diversity in recruitment. The Oxford English Dictionary defines  diversity as ‘a range of many people or things that are very different from each other.’ Diversity in terms of the work place can mean many things, but it is mostly defined by ensuring the you select the best person for the job based on merit not their race, gender, ethnicity, sexuality, religion, class or political opinions.

Importance of diversity in recruitment 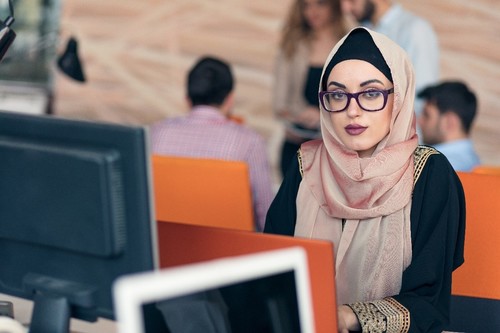 Having diversity in the workplace is not just a box ticking compliance exercise. It’s an important ingredient for success and can lead to:

Different skills, experience and backgrounds will bring more diverse ideas to the table.  According to a report conducted by McKinsey & Co firms which were in the top quartile for gender diversity are 35% more likely to enjoy above average profitability, when compared to industry median, than companies at the bottom quartile.

It is not just different genders, ethnicity, class and beliefs that can bring about improved performance, but cognitively diverse people can too. According to a study by the Harvard Business Review there is significant correlation between high levels of cognitive diversity and high performance. In their study, they found that teams with who were cognitively diverse completed their set challenge quicker than then less cognitively diverse teams. In fact, two out of the three teams, which were mostly cognitively homogeneous, failed to complete their challenges at all.

Better understanding of your customers:

Whether your business is local, national or global, your customers are not one homogeneous group of people – they vary by age, ethnicity, language, culture, geography, views, religion and more. If you are trying to sell to a certain customer demographic it will make sense to have someone working for you from that demographic. According to the LinkedIn’s Global Recruiting Trends 2018 49% of respondents stated they focused on diversity to better represent their customer base.

Having an effective, diverse and inclusive culture can give you an advantage when it comes to competition for talent – especially among millennials.  Millennial currently make up 35% of the UK workforce and this is due to rise to 50% by 2020. They are also one of the most accepting of generations. According to KPMG’s Meet the Millennials report, millennials have been exposed to more diversity than previous generations and are the ‘most tolerant of diversity and are more likely to seek it – especially in the workplace. ‘

Diversity in STEM statistics: the gender gap in STEM 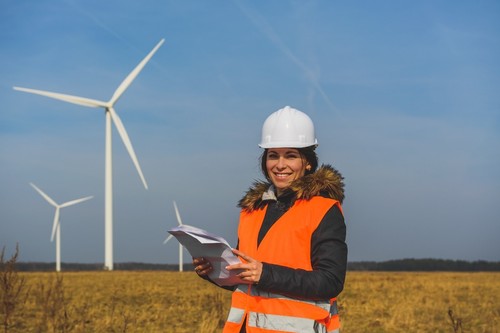 The gender gap in STEM is a well-documented issue. According to Wise Campaign only 24% of the STEM workforce are women compared to 76% men. When you break the numbers down to each area, the figures reveal an even bigger gender gap as these numbers from 2017 prove.

However, there is hope - in science, 42% of the workforce is made up of women and in science and engineering technicians, women make up 27% of the workforce in the UK. While the STEM industry has a long way go before closing the gender gap, the STEM subjects at university are making some headway. 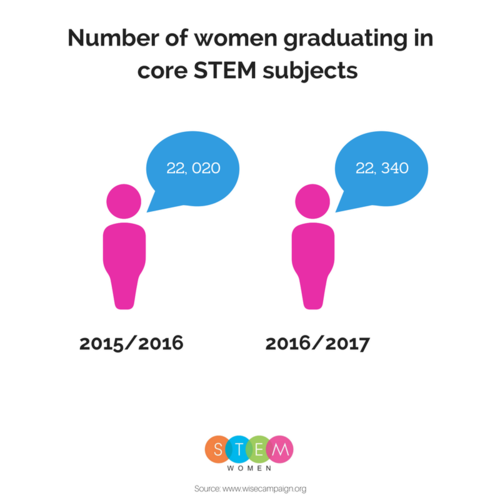 In 2016/2017 the number of women graduating from core STEM subjects went up by 1.4% and according to HESA data there has been a 5.2% rise in women studying what it considers to be science subjects between 2015/16 and 2017/18. However, it is worth noting that the HESA science grouping includes subjects like medicine, nursing and agriculture, which are female dominated and not always considered STEM subject by some definitions.

There are a number of ways employers can encourage women into the STEM industry including offering work/life balance, more inclusive work places and looking in the right places such as our STEM Women’s careers events.

Diversity in STEM, especially when it comes to gender diversity, is a problem and many employers do struggle to find suitable candidates to achieve their targets. One problem is of course, a pipeline issue. As demonstrated by the table below, the traditional STEM subjects are dominated by men, with women making up less than 20% in most cases except in life sciences, where the figure moves up to just over a quarter. 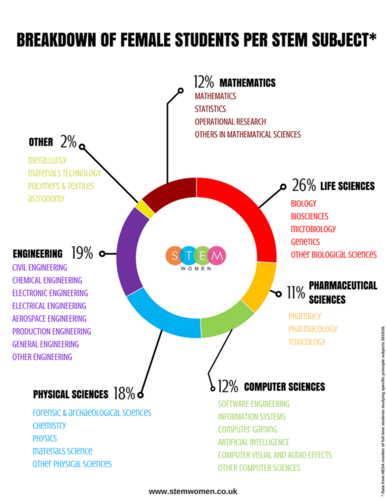 According to a report compiled by Robert Walters supported by the Employers Network for Equality and Inclusion, 85% of businesses in the UK say increasing diversity in their workforce is a priority, however 46% of employers do not have a programme in place to attract diverse candidates. With only a small talent pool available, what should companies do to attract a diverse range of talent?

Look in the right place

As mentioned above only 24% of the STEM workforce are women and with a smaller percentage of students in the pipeline, there is a lot of competition for female talent. Many employers fail to reach their gender diversity targets because they are not looking in the right place or not casting their net widely enough. Despite the publicity around the lack of women in STEM, there are some STEM subjects that are dominated by women, such as biological science. While their subject may not be directly related to your industry, however, it is quite possible that their skill set is. Many of these graduates will have strong academic performance, are quick to learn, able to process and understand data and have solid interpersonal skills.

Read our blog on why tech companies should target STEM subjects with a high number of female students.

Using a specialist recruitment agency, such as STEM Women, can help to improve your gender diversity. These agencies tend to have relationships with educational institutions, professional bodies, equality organisations and may have undergone training in how to recruit diverse talent and reduce unconscious bias.

One way to help suitable female candidates to find your company is through partnering with diversity charities and organisations and educational institutions. Many universities, schools and colleges are more than happy to develop relationships with local employers. Also, most diversity organisations, such as the Wise Campaign, offer company memberships in exchange for access to their networks and events.

Unconscious bias are assumptions hiring managers and employers make about a suitability of a candidate based on a number of factors that are not related to the role such as age, gender, social background, race etc. Most do not always realise that they are making these assumptions, which is why it’s called unconscious bias. One way to do this is to remove certain identifiers from a CV such as name, gender and the schools they attended, so only the candidate’s experience and qualifications are focused on. Other ways to reduce unconscious bias include giving hiring managers anti-bias training and to have a range of stakeholders assess CVs.

Recruiting and retaining a diverse workforce 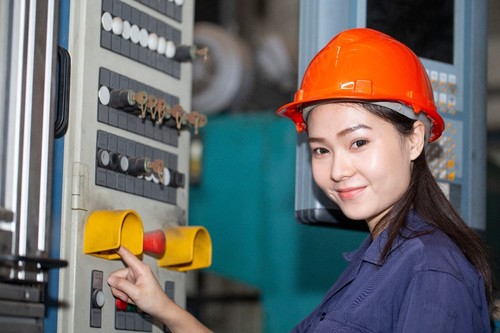 The Wise Campaign state in in their white paper ‘Why Gender diversity makes business sense’ that:

“Organisations that lead the way on gender diversity so often also lead on performance and even profitability. Those that ignore diversity risk losing out to the competition.”

The fact that diversity benefits all is well known, however, while more than half of organisations may have strategies in place to improve diversity, retaining a diverse workforce can also be a challenge. Here are some things you can do as an organisation to help retain women in the workforce:

The vast majority of today’s graduates fall into the millennial generation and according to KPMG’s career progression is vital to retaining young female employees. 27% of female respondents stated job progression as their most important thing in staying in a role (joint first with work life balance). Many of STEM’s brightest and best female candidates are ambitious and are looking to make an impact, if they don’t feel they can progress or have their voice heard, it is likely they will move on. Career progression was also cited as the number one factor for why women find an employer attractive in PWC’s Female Talent report.

The ability to grow their skill set and salary

According to KPMG’s Meet the Millennials report, today’s graduates want to keep on growing their skills though structured training and if they feel like they are not growing in a role they are likely to hunt for another job.

In both KPMG’s and PWC’s report, salary was the second most important factor in employer attractiveness. (Males in both reports put salary as their number one priority). Offering a competitive salary in conjunction with career progression and structured training may help firms to keep their female talent.

64% of mothers are still the primary carers for children according to research by Direct Line Insurance. While attitudes towards who looks after children are changing, women are still more than likely to be the main carers for some time to come, so offering flexible working and prioritizing work life balance is important to todays graduate female cohort. In KPMG’s report they advise offering more support for career breaks and provide attractive maternity packages.

Of course, not all female graduates want flexible working so they can have a family, many want work/life balance, so they have the time and space to pursue their own interests and ‘side hustle.’ According to research by Henley Business School two-fifths of UK workers now have a side hustle.

How STEM Women can help

Having a diverse pool of talent is benifical situation for employees, employers and society. At STEM Women we can we can help you hire STEM women by giving you the tools to find the best female talent in STEM. Contact us today.